Turin, September 8th, 2012 - Seven artists from Canada, Germany, Japan and Italy exhibit in Turin at Palazzo Saluzzo Paesana from September 14th to September 29th a selection of their works, inspired by the “spirit of the place”, specifically of the Master Apartment situated on the noble floor of the building.

The exhibition, curated by the Enrico Debandi, Artistic Director of Palazzo Saluzzo Paesana, received the Patronage of the City of Turin and pays tribute to one of the most interesting buildings of the ancient capital of Savoy through an artistic journey that mixes and reinvents past and present thanks to the work of Ray Caesar, Andrea Crosa, Nicus Lucà, Sven Marquardt, Marina and Susanna Sent, Toshiro Yamaguchi.

Each place has a Genius loci, a “spirit” that characterizes a certain physical space, determined by the process of emotional superimposition operated by the different generations who occupy it. This “spirit” is different from place to place and gives to a space its own identity, at the same time unique and universal. As Heidegger says, “living is not primarily occupying a space, but taking care and creating a space in which something is individual and prosperous.” Architectural historian Christian Norberg-Schulz worked out how to fit his works in the existing architecture of the territory, in particular defining the ways in which architectural interventions can turn a territory into a place; the Genius loci is the center of his thought and is seen as a site with a clear, always recognizable, identity characterized by features that can be eternal or changing.

As a result of these and other reflections, the idea of the “Genius Loci” exhibition, created around what was formerly the function and purpose of the different environments and rooms of the Master Apartment of Palazzo Saluzzo Paesana - one of the most luxurious palaces in the city of Turin -  gradually developed. The works of the artists in the exhibition are partly the result of a careful selection of existing works as well as projects specifically realized for the rooms of the Apartment and inspired by the Genius loci that still lives in it.

In particular, the Genius loci of the Apartment is characterized by rather uncommon qualities, given the history of the building. In 1715 the Count Baldassare Saluzzo Paesana, at the peak of his career, began construction on the grand palace for his family in the area occupied by the parade ground of the nearby Citadel, focus of the third urban expansion of the city of Turin planned by Vittorio Amedeo II and entrusted to Sicilian architect Filippo Juvarra. Along with the intentions of the sovereign, the Palace completes the urban setting through its internal layout, magnificent in size thanks to a careful distribution of the living spaces and commercial premises and meant not only for the family and the servants, but also for all other social classes.

Engineer Giovanni Giacomo Plantery (Turin, 1680-1756) created in the years between 1715 and 1722 a complex building meant to house - in order to satisfy all different needs - business activities on the ground floor, master apartments on the first (noble) floor, rental spaces for the middle class on the second and third floors and rooms for the lower classes in the mezzanine and attics. In fact, thanks to this innovative building typology that mixes together various social classes, Plantery created a very unusual building for Turin, which entirely occupies the island of St. Chiafredo and represents the largest and most magnificent noble building of the City that still today excels for its elegance, monumentality and harmonious proportions.

Almost 300 years of history, characterized by alternations and distribution changes due to the economic needs of the heirs of Baldassarre Saluzzo, have largely erased the sign of the first tenants and of their aesthetic taste, especially with respect to the furniture and the interior decoration provided by Italian painter Domenico Guidobono and Swiss plasterer Pietro Somasso from 1718 to 1722, the same years which saw their involvement in the decoration of the rooms of the Duchess Maria Giovanna Battista of Savoy-Nemours in the Palazzo Madama. Only within the Master Apartment, located in the southeast corner of the Palace, the rooms still preserve significant Eighteenth-century furnishings and decorations, witnesses of the magnificence and splendor of the Saluzzo family.

Although today the former intended use of each room of the Apartment cannot be immediately understood, the surviving traces of the decorations have served as sparkle for the artists invited to evoke the Genius loci, communicating with it through their works.

Ray Caesar, born in London in 1958, is an international well-known artist, undisputed leader of digital art. In June 2010 he joined the “Art From The New World” exhibition at the City Museum of Bristol and the “Pop Surrealism” show at the Museo Carandente of Spoleto, curated by the Dorothy Circus Gallery. In 2011 the artist presented his works in a solo exhibition at the Jonathan Levine Gallery, New York and in 2012 he has participated in a group show at the Musee de la Halle St Pierre in Paris, France. Collected by Madonna, Riccardo Tisci, Marilyn Manson, Shirley Manson of Garbage and the Hearst family, the artist puts together in his creations fragments of decorative styles and architectural ages to give birth to a timeless beauty. Absolute master of digital technique, he is a reference point to all the artists who face this artistic discipline. Caesar works in the 3D modeling software Maya, using it to create his figures as well as the virtual realms in which they exist. And in this mix of art deco, Victorian style and visual codes from the early 1900’s, his works really stand out for their personality and charm - www.raycaesar.com

Andrea Crosa was born in Buenos Aires in 1949, the last descendant of one of the most important Italian princely families. In the early sixties, during the full swing of the Argentine capital, the artist was influenced by the American and English pop art, in particular by Oldenburg’s “soft” sculptures and by Hockney, Wayne Thiebaud and Alan D’Arcangelo’s paintings. In 1975, Crosa graduated in architecture and moved with his family to Genoa, Italy, where he produced the exhibition “Home Sweet Home” in 1983, for the gallery “Luciano Inga Pin Diagram” -- considered the starting point for the creation of the “New Futurism.” In the following years, Crosa has gained more and more interest in the design aspect of his profession, ranging from two-dimensional works to three-dimensional sculptures and video installations, emphasizing the concept of a parallel world where architecture and everyday objects are represented in a simplified and banal manner. The works, crystallized in their disarming normality, evoke in the viewer a silent catastrophe, as a state of immediate well-being or happiness: this concept, already present in the “Tsunami” cycle (2002 - 2005), has been more explicitly developed in the works “Suburban Gulliver” (2007) and “Alice” (2011) - www.andreacrosa.com

Nicus Lucà (Turin, 1961) began his artistic career in the 80s as a punk/rock musician and songwriter and since then has worked both as an individual as well as part of a group. Firmly convinced that art makes more sense if realized as the sum of the experiences of different disciplines and fields, Nicus founded in 2000 the Pop Club, a virtual place where, like a galaxy, different creative skills have a chance to meet with each other. The transformation of private emotions into external emotions is the mechanism that generates the work of Nicus, that is understood by the viewer every time with a different meaning. For the artist, what is important is that the work produces an emotion, captures the attention, or causes a reaction -- in some cases, that of disgust. Interestingly symbolic is his hobby,

kickboxing. As he himself says, “the art of boxing for me is a metaphor for life and art - dodge and defend yourself elegantly and with simplicity.” Elegance and purity combine harmoniously, just like in his artistic and existential research. There is no separation between his work and his life -- to Nicus, being an artist is a way of being, not a job - www.nicusluca.it

Sven Marquardt (Berlin, 1962) started his career in photography during the early 80s as camera operator and photographer at DEFA (GDR’s public-owned film studio), publishing his first works on “Der Sonntag” and “Das Magazin”. The artist worked as an assistant for Rudolf Schäfer – an iconic figure in East Germany’s photo scene, producing a series of exceptional black and white portraits of East Berlin’s Prenzlauer Berg scene. After the Wall came down, he immersed himself in the burgeoning underground scene of a unified Berlin. Processing his impressions in his exhibitions, in particular in a “staged photography” project realized for Levi’s during Berlin’s Fashion Week and time and time again through several fashion shootings, Sven Marquardt, since 2007, significantly co-defined the image of Berghain’s OstGut Ton record label and is responsible for the door selection of the famous club. Sven Marquardt’s first illustrated book “Zukünftig vergangen“ (“Future`s past“) was published by Mitteldeutscher Verlag in 2010 and reissued in 2012 - www.marquardtfotografie.com

Marina e Susanna Sent, Italian artists from Venice, elaborated and reinvented a family tradition in glass making to create an exclusive fashion product that is well-known and acknowledged in the contemporary art scene. In fact, their works can be found at the MoMA museum in New York. Always pushing the boundaries of their experimentation, the Sent sisters have turned glass into a lightweight garment that can be worn not only as a jewel, but also as a dress. The poetic cascades of blown glass spheres, bound together in noticeable warp and weft patterns refracting the light in fantastic prisms, merge with a hint of playful irony – trace of Marina’s and Susanna’s experiences in the fashion industry – give birth to elegant necklaces and marvelous dresses, creations that are ambiguously impossible to wear and therefore all the more fascinating and desirable - www.marinaesusannasent.com

Toshiro Yamaguchi was born in Okayama in the south-east of Japan in 1956 and graduated at the Musashino Art University in Tokyo. After his studies, he moved to Europe, making his first trip by train “in order to feel the distance”. After arriving in Spain and meeting his “muse” Akiko, Toshiro in 1988 entered the “Circle de Bellas Artes” in Madrid, participating to the laboratories of Richard Artschwager, Bruce McLean, Lucio Muñoz and Barry Flanagan. The art of Toshiro, based on a strong environmental and holistic improvisation - since his first pictorial performance in Escareche (Madrid) in 1982, where he realized a huge 90 square meters mural – has been exhibited from East and West, in locations chosen according to their charm and energy, not only public spaces, galleries and museums, but also gardens and Buddhist temples. The vision of reality expressed in Toshiro’s art fully embraces the “whole”, underlining that each individual belongs to a system of interacting wholes. This unifying process considers the human as part of an infinite living organism and leads to the creation of works belonging to wholes that have the ability of freely growing and splitting into viable organisms always different one from the other - taotoshiro.exblog.jp 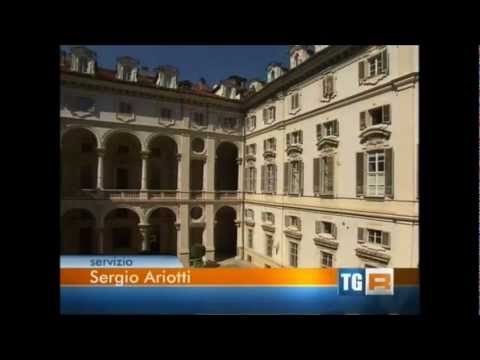 The site uses anonymous technical and analytical cookies and third-party one's. By browsing this site you accept the use of cookies.